A Thousand Cures A Hundred Sufferings

The Thousand Cures One Hundred Sufferings Technique (千治百苦, Senchi Hyakku) is one of Jiki's hallmark jutsu, allowing her to either harm or heal.

Keeping true to her serpent motif, Jiki fashions her chakra into a number of snakes, their size, shape and design varying while holding an almost ethereal form. The purpose of the snakes are typically unknown to all except Jiki until these chakra snakes latch on and bite down onto their target. Jiki uses the snakes to heal others, causing the snakes to constrict around the injured causing relaxation instead of pain, sinking their fangs into the patient injecting them with a number of uniquely concocted endorphins as well as medical chakra to alleviate the pain while simultaneously stimulating the body's recovery. At the same time she can sap her victims of their chakra, stamina and vitality using the same snakes, the color of their scales typically changing when used for this purpose only after they've begun to prey on their mistress's targets of choice.

Jiki can have the snakes remove harmful chakra and properties from herself or others through the fangs of her unique serpents, and can pump a number of harmful poisons, toxins and venom into them. She has been known to mix and match the serpents conjured, causing unease in those who bear witness to the technique, uncertain on the nature of the snakes she's called upon.

Due to their composition, the serpents are extremely fast, and at Jiki's discretion can be camouflaged requiring a Dōjutsu or a competent enough Sensor Type to detect them. 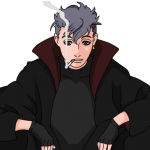