Hinata Inuzuka (犬塚ヒナタ, Inuzuka Hinata, née Hyūga (日向)) is a kunoichi of Konoha, a former heiress, and a member of the Hyuga and Inuzuka Clans. Because of her mere determination to become stronger she managed to become a prodigy thus gaining respect among the fellow clansmen and her father however when the Hyūga Affair began, her relatives turned against each other. She became really depressed to the point she couldn't do anything anymore. However with the help of her friends. She managed to rise again and overcome her fears and to become the greatest kunoichi in Konoha. However, Hinata found both an example to follow to be more assertive, and a person to love. Through her membership with Team 8, she sought to become strong enough to change herself, if even a little at a time. 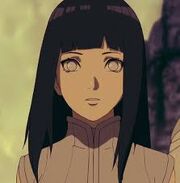 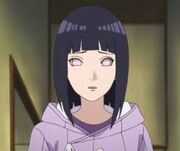