Kaibyaku (開闢, Kaibyaku) is one of the clan's more advanced techniques. It is shown to manifested in two types depending on the user. The first variant is that of ethereal objects made of dominant yin chakra, that can be created on a whim in order to attack the opponent or defend against adversarial offensives. In the case of the latter, it acts as an effective destabilizing mechanism. Attacks, meanwhile, assault the senses of the opponent, with the potential to cause bodily harm should the right trigger be found. That style forms the basis of most offensive and defensive maneuvers used by clan members, as its versatility leaves imagination as one of the few limiting factors.

The secondary format is the key that forms the foundation of the clan's smithing prowess. Accessing this portion requires the perfect balance of one's yin and yang chakra, as instead of manifesting shadowy objects, the user focuses on bringing a complete tool into existence. This form can be shaped by the user's emotions, resulting in jagged edges or personal accessories depending on the user's state of mind. They may also have the client input some of their own chakra into the structure as it is manifested, to better tailor it to the client's taste. Some outsiders have noted the technique may be a derivative of Will Materialization. 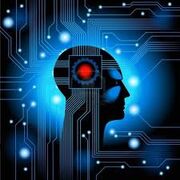