The Tokugawa clan (徳川氏) is a large, wealthy family known and respected as high nobility. The primary seat of their power is Ohkazaki Castle. They have produced both ninjas and samurai from their line, but they are not a ninja or samurai clan as such. Their sphere of influence is in governance. They are in charge of a vast territory the size of a small country in the Land of Fire. They are second only to the Daimyo in terms of authority, for now, for they already match or exceed the Feudal Lord in wealth and influence. They are in the possession of several castles, keep dozens of lesser houses as their retainers, and command a gigantic private army which is supplemented by Konohagakure and In'ei Temple. Occasionally, they have had to use this vast army to defend their territories from would-be usurpers and other threats. The Tokugawa Clan has formed a very close relationship with the monks of In'ei Temple, and the relationship between the two groups is somewhat similar to that of Daimyo and hidden village. Indeed, the Tokugawa ensure that the Temple is well populated, funded, and protected in return for the services of the mysterious, powerful sect of shinobi monks. The current leader of monks, In'ei Taizen has a close relationship with the father of the current Tokugawa clan head, Tokugawa Ieyasu.

The Tokugawa holdings are vast, and the number of people under their employ or influence is that much greater. They are so affluent, their power is consistently compared to that of Daimyo, such that Daimyo of other lands consider the family as a peer. Indeed, the Tokugawa have made many marriage alliances with powerful Feudal Lords of other countries, as well as having recently formed a marriage alliance with the family of the current Daimyo of the Land of Fire further increasing their prestige and political power.

Apart from their political power, another key to the success of the Tokugawa is the allegiance they are able to garner from powerful clans and groups such as the Temple monks, other noble families, even ones from outside the Land of Fire, Konohagakure, among others. They frequently send promising warriors to both Konoha and In'ei Temple for expert and specified training. Upon return, the warriors have gained wisdom and power that sets the Tokugawa military leadership in a league of their own. The Tokugawa now have cultivated a sophisticated, incredibly well-trained class of 28 famous generals in command of quite possibly the most well-organized military apparatus outside of the hidden villages themselves. Many of their best and brightest were trained at In'ei Temple, such as Meng Lu. 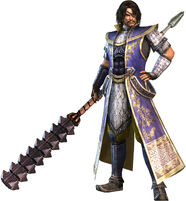 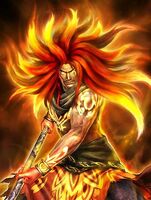 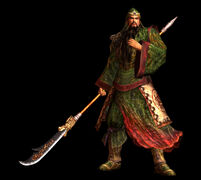 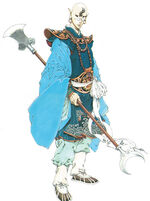 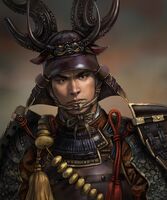 Add a photo to this gallery

The best-trained and most powerful members of the Tokugawa army. Many use the spear technique of the In'ei Temple monks, the members having trained with them up to the status of either Novice or Adept. 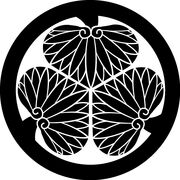