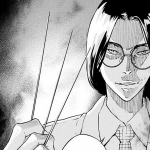 Heyo, everyone! I'm Ash9876, otherwise referred to as Ash or Ashy, generally. Some people like to make odd nicknames for me, but that's for you to decide and for me to approve. I like to think of myself as a veteran among these parts. If not in Naruto Fanon, then in fanfiction writing and wiki as a whole. I started approximately three years ago, and like to think I have grown significantly as a writer over the past years.

A small autobiography about me in dot points:

As elusive as the illusionist

I'm a relatively nice guy, and quite easy to get along with if you don't pull my triggers. I'm relatively neutral on most topics, so if you have a debate I'll try to be the mediator and bring about a peaceful solution. If you want an opinion from me, I'll give it, with some constructive advice as well, and I hopefully won't make you tear up with harsh comments. But, I might be boring you, so, I hope we'll get along. Have any issues, go to my message wall :)

As an author who dislikes sticking to one thing (worst habit in existence), I have a wide variety of projects going on at any given period of time. I try to juggle them but, in all honesty, I'll probably never get anything complete in the sense of the word.

Retrieved from "https://narutofanon.fandom.com/wiki/User:Ash9876?oldid=725439"
Community content is available under CC-BY-SA unless otherwise noted.