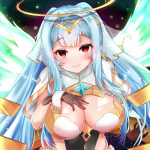 Hi <insert name here>! I'm NejiHyuga2. My real name is Peter. I'm a relatively new to fanfictions. I started writing in 2013 when I was 12. I have long since discarded my original idea and revised it to a fanfiction where Sasuke never left the village and the Uchiha Clan was never massacred akin to Jiraiya Ninja Scrolls: The Tale of Naruto the Hero titled Sasuke Uchiha: Sharingan Legend. I have started a new fanfiction about the children of Boruto Uzumaki and Sarada Uchiha.

Don't make me angry or I just might use Amaterasu.

I'm a relatively nice guy until you pull my triggers. I am an honor student with straight A's so I have a relatively laid-back attitude even when it comes to school. I usually write in school when no one is looking so you might say that I'm really not interested in school which is FALSE. I want to become a hematologist when I grow up and I'm taking Honors Biology, Honors Chemistry, Honors Physics, Honors Geometry, English I, Latin I and P.E. Oh, and if you're wondering I'm a freshman in high school.

Retrieved from "https://narutofanon.fandom.com/wiki/User:NejiHyuga2?oldid=789495"
Community content is available under CC-BY-SA unless otherwise noted.