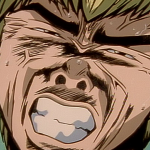 Was originally this guy above until I got locked out. Now I like this acc more. I'll just stay here then :p.

Basically I'm chill as hell. Yeah, I like to see everybody chill. So if you can chill too, we're already friends! Gonna cut stuff short: I'm one of the Hunter-nin on the site, so I'll be ensuring new articles meet at least the minimum requirement, and if they aren't...well imma chip in some quality 5 cents. The rule here is simple, you're civil to me, I'm civil to you. You piss around with me; I'll pay you back twice in kind. Buuuut, let's not get there. Have a happy day! And remember...

Retrieved from "https://narutofanon.fandom.com/wiki/User:SoloStar2?oldid=836157"
Community content is available under CC-BY-SA unless otherwise noted.